Your MCs for Variety of Chefs

John has enjoyed an extensive career in corporate entertainment, stage, radio and television in his home state of Tasmania for over 30 years.

On the mainland stage, John has most recently played the Cowardly Lion in the Australian touring production of Wizard of Oz. A career highlight among many roles was playing Pumbaa in The Lion King for Disney Theatrical Productions in Perth, Melbourne and Shanghai.

His film highlights include A Journey Through Time with Anthony (Zhou Xun), Macbeth 1040 AD for Dark Oak Films, The Sound Of One Hand Clapping (Artist Services) and Back From The Dead (Pocket Money Productions).

John is a Public School Ambassador, an Australia Day Ambassador, a finalist in 2015 Tasmanian Australian of the year, a co-founder/producer and board member of Hobart independent actor’s company Blue Cow Theatre Inc. and a broadcaster on ABC local radio.

John is also the Artistic director of the Australian Musical Theatre Festival.

As a producer of musical theatre John began his career in the early 90s, since then he has produced over 20 musicals most recently with John X presents and the record breaking We Will Rock You at Hobart’s Theatre Royal that enjoyed a 99% capacity. 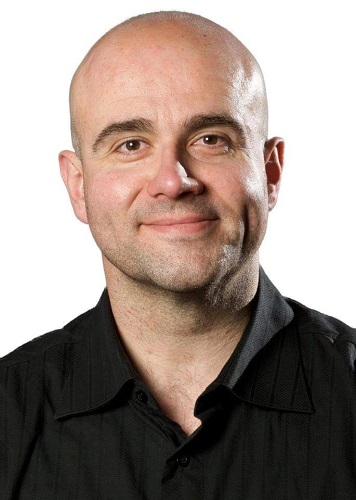 A chef, consultant, and a caterer with over 30 years’ experience in the hospitality industry, Paul’s first formative cooking experience was at Prospect House, where he learnt about the importance of the relationships with growers.

After a few years in WA working at large fine dining establishments, Paul returned to Tasmania to become Head Chef at Gondwana, in a heritage cottage in Battery Point, where he received much recoginition for his menu.

The confidence to experiment, fail and then succeed became his mantra, as fortune favours the bold.

Paul then moved to head up newly established Marque IV, a highlight of his career, receiving much state and national acclaim.

Throughout his career, Paul has cooked alongside greats such as Tetsuya Wakuda, and held the first of the Savour Tasmania dinners hosting Michelin star chefs such as Shane Osborn.

Presently, Paul is in charge of all things food for the Great Lakes Hotel in the Central Highlands.

For Paul, good food is all about technique, consistency, passion, confidence and of course, the produce.